Our story: Why we are very passionate about babywearing and kangaroo care

Joy and Joe baby wrap carrier was founded by husband and wife team, Mayor and Bisi, dedicated parents to two special children, Joy and Joseph. In 2007, when Joy was born with Downs syndrome and some medical complications, she spent some time in the neonatal intensive care (NICU) receiving treatment. During this period, Bisi observed how much motherly touch and cuddles go a long way to help children recuperate and that was where the first inspiration for Joy and Joe baby carriers came from. At the time, the 24/7 medical care Joy needed didn't allow Bisi the chance to develop on the inspiration  immediately.

However, she discovered that whenever she thought about the ideal work for her that would be flexible enough for her to be there for Joy, the more the idea of baby-wearing kept coming to her. A close family friend who is very enthusiastic about natural parenting gave Joy a pouch sling and a natural parenting book as a gift, and she later bought a baby carrier from the high street. That was such a succor as carrying Joy close to her constantly provided the much needed comfort both mother and child. Having personally experimented with two baby carriers, she found a soft baby carrier worked best.

So she went on to research the soft baby carriers on the market and baby wraps came out as the best for her due to their versatility, which also meant that both herself and Mayor could share the same baby carrier. Yet at this stage, she didn't have the full confidence to start the business. It wasn't until the year 2009, when her second child, Joseph, was born prematurely that she was fully convinced that she had to do something about her inspiration as life kept leading her back to the neonatal units and kangaroo care!

After six months in the neonatal intensive care unit, Joseph was now physically ready for the cuddles. The nurses then enlightened Bisi on kangaroo care and how it could help Joseph’s colic and temperature regulation, amidst other advantages. This fascinated her so much so that when not breastfeeding Joseph, she was in the hospital library reading literature on kangaroo care and baby wearing. Moreso, Joseph’s birth took Bisi back to her roots mentally because in Africa, baby wearing is more predominant and all the women in Bisi’s family are experienced in baby wearing, especially with the back torso carries.

After Joseph was discharged, it took a few years of further researching and allowing the kids grow up a bit more. Bisi was now ready to introduce her inspiration to the world. She took a series of business courses with business enterprise and a refresher course in fashion designing. She had previously done training 6 years ago in textile design and sewing, though she thought she was just developing a creative hobby. Little did she know that all these knowledge and experiences from different facets of life were preparing her to positively impact families. Around August, 2011, another baby was born into the family and it was named Joy and Joe baby wrap carrier!

Babywearing has lots of benefits and some of these were noted by the renowned American pediatrician Dr. Sears, and it's been widely circulated on the internet. However, due to Bisi’s personal experience, she feels strongly that there are many more benefits that baby wearing has that are still yet to be unlocked. Hopefully with babywearing becoming more mainstream by the day, more research will be done. Bisi, with the her past scientific research experience, is currently working on her first book which will comprise of a well documented literature review of notable scientific journals backing the medical importance of babywearing and kangaroo care.

...For you formed my inward parts; you knitted me together in my mother’s womb. I praise you, for I am fearfully and wonderfully made. Wonderful are your works; my soul knows it very well. My frame was not hidden from you, when I was being made in secret, intricately woven in the depths of the earth. Your eyes saw my unformed substance; in your book were written, every one of them, the days that were formed for me, when as yet there was none of them. Psalms 139:13-16 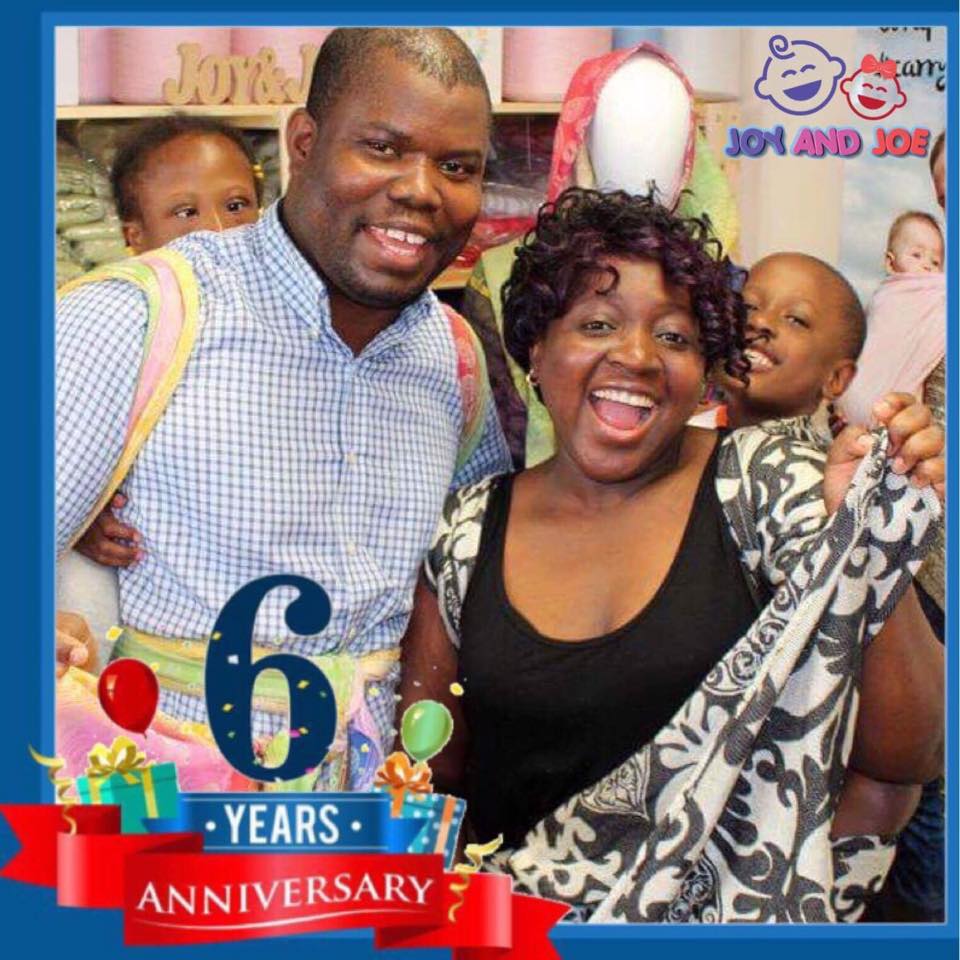